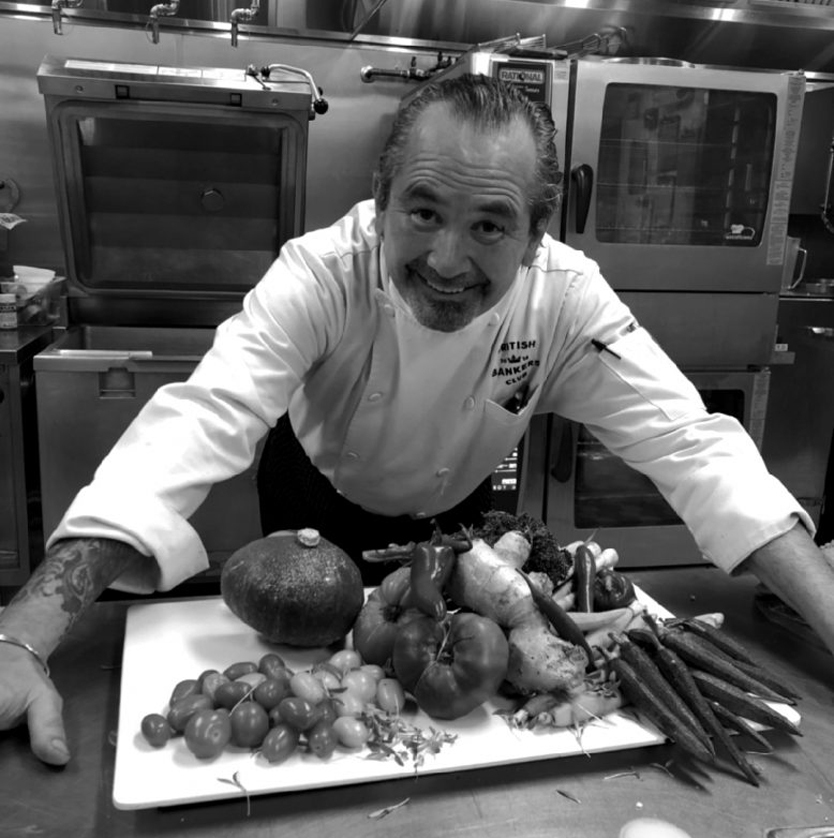 Born and raised in Paris, France, Dominique grew up knowing that he wanted to pursue culinary arts for a living and went on to study cooking at College Albert De Mun and Chamber of Commerce of Paris. He had the fortune of working at many fine Parisian restaurants including Le Bristol, Taillevent, and Apicius; which have been rated 2 and 3 stars in the prestigious Guide Michelin. Additionally, Dominique has worked at the prestigious Noga Hilton in Geneva, Switzerland, and has served as Executive Chef under the world-known Chef, Jean Joho.

In the US Dominique served as sous chef in New York City, world trade center, windows of the world, Washington DC, San Juan(Puerto Rico), and Chicago. While working at the Drake Hotel in Chicago, he met his wife Eileen. When Dominique moved to California, he mastered the techniques of cold buffet as the Chef Garde Manger at the Fairmont Hotel in San Jose. Prior to opening Twist Cafe with his wife Eileen, Dominique was the Executive Chef at the Westin Hotel in Palo Alto, CA.

Chef Dominique’s accomplishments in his 30 years long culinary career include numerous awards and appearances as host of a live cooking show that aired twice a month on NBC3.

Dominique open the Twist café 8 years ago and when the place next door was available, Dominique took the opportunity to build his bistro, warm and casual atmosphere where the bistro became a destination place and a neighborhood restaurant.

Dominique open the twist bistro, in 2008, award of best French restaurant in silicon valley voted by Metro newspaper, and enter the Zagat book for 2010 and 2011. In 2011 Twist catering operating by Dominique won the best cater of silicon valley from San Jose mercury new 2011

His cuisine is classic French cuisine with an American twist.

Dominique after closing his restaurant worked for corporate companies such as LinkedIn, Yahoo, eBay and Brocade.