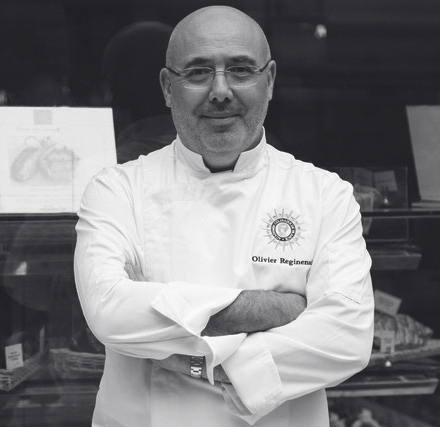 Originally from France, chef Olivier Reginensi puts his 25 years of experience at the service of Maison Kayser. Olivier has refined his experience in France in many starred restaurants, including Les Prés d’Eugénie with Chef Michel Guérard and Château Eza with Chef André Signoret.

Before joining Eric Kayser, the fourth generation of the same name, Maître Baker, in his New York company, Olivier was at the helm of the Circus. Now, as executive chef of Maison Kayser, Olivier brings his innovation and technique to the coffee component of the bakery and pastry shop.