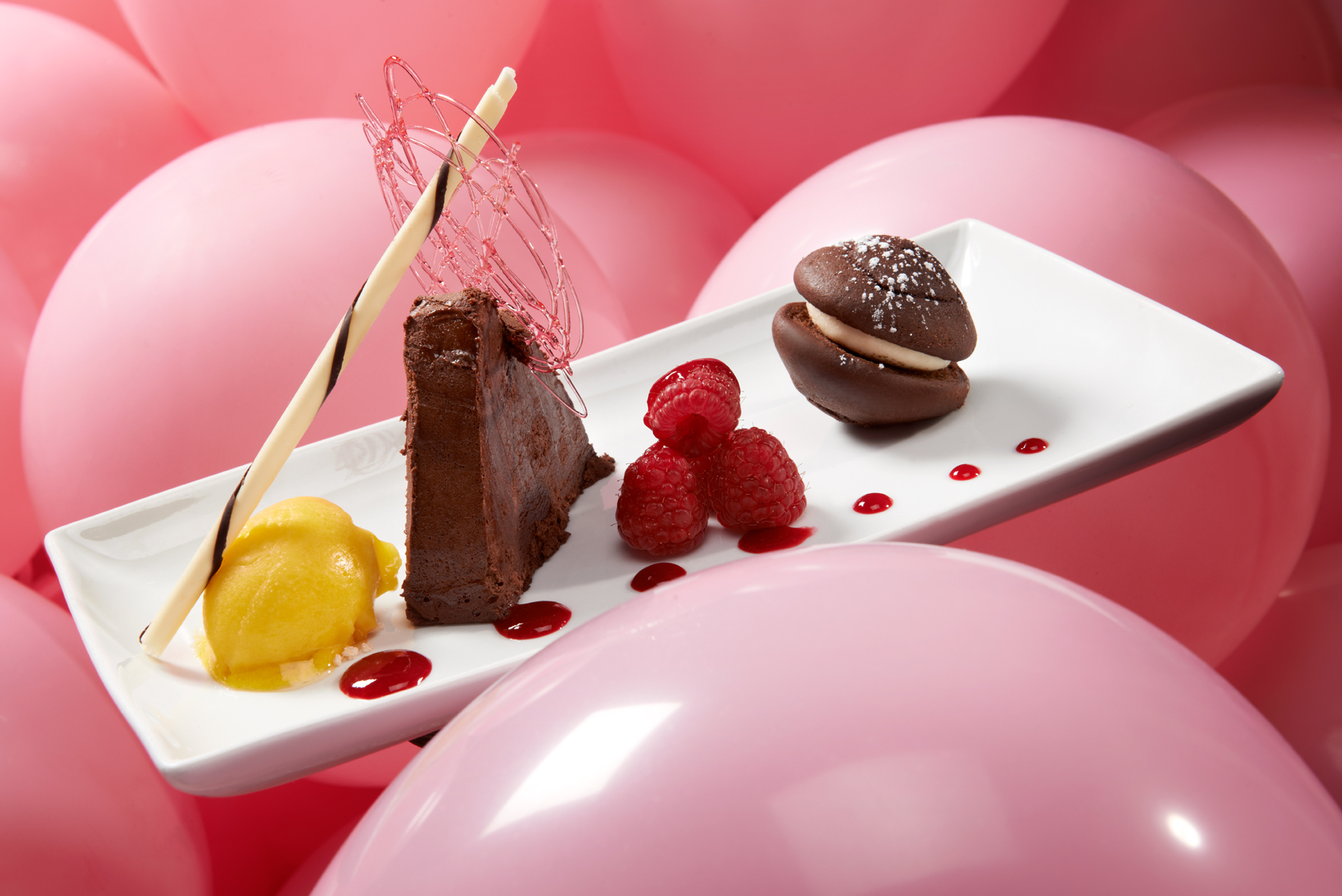 Chef Guy Reuge was born in Saint-Lô in the Normandy region of northwestern France. He spent his childhood in Orléans, in the Loire River Valley and began his culinary adventures at 14 years old with his first apprenticeship. By age 17, he became involved with the Tour des Compagnons, which teaches students traditional trades.

By the time he was 20, Reuge was the personal chef for the director of the École Polytechnique, General Pierre Briquet. While there, he got to cook for French president Charles de Gaulle. Reuge came to the US in 1973 and began to work with some of the greats such as René Pujol, Maxwell’s Plum, Le Cygne, as well as Tavern on the Green. Reuge and his wife, Maria, who at the time was an editor at Gourmet magazine, began to plan their own restaurant. This became Mirabelle, it was situated in an old farmhouse in St. James in 1983. Twenty five years later, Lessing’s Hospitality Group invited Reuge to bring the Mirabelle aesthetic to Stony Brook’s Three Village Inn which now houses Mirabelle Restaurant and Mirabelle Tavern in Stony Brook Village.

In 2006, Les Maîtres Cuisiniers de France (Society of Master Chefs) awarded Reuge their coveted Toque d’Argent, along with the title, “Chef of the Year.

When asked about his membership in the Maîtres Cuisiniers de France, Chef Reuge says “Being a member of the MCF since 1991 has helped me to become a better chef. Over the years I have tried to live my professional life at the highest level possible to match the very meaningful logo I wear on my jacket. I also became dedicated to teaching young people, and the rewards have so far met my expectation, thank’s to the MCF”

We asked Chef Reuge to tell us why he chose this recipe, he told us that “This is an homage to chef Jean Banchet who left us recently. He gave me this recipe years ago, and my love of chocolate has made me use this cake on my menu for years. I love it paired with a caramel-sea salt ice cream. In addition, this cake is gluten free… an omen.”

Combine the chocolate and the butter in a large bowl set over a double boiler and let the chocolate melt.
In another bowl combine 3/4 of the sugar with the egg yolks and beat the mixture with an electric beater until a ribbon is formed when the beater is lifted.
Add the remaining sugar and the Grand Marnier to the chocolate mixture and combine it well.
In the bowl of an electric mixer beat the egg whites mixture until they form soft peaks.
Fold the chocolate mixture into the egg yolk mixture and then gently fold in the beaten egg whites. Transfer the cake mixture to the prepared baking pan. Fill a deep-sided baking pan 1/2 full with warm water in order to create a bain-marie (the water should reach about 2/3 the way up the baking pan), and bake the cake in a preheated 230F degree oven for 40 to 50 minutes. After the mousse cake is baked, let it cool, and transfer it to the refrigerator. Let the cake chill for about 12 hours before unmolding it.
To unmold the cake warm the pan slightly in hot water. Sprinkle the cake with cocoa powder, Keep it at room temperature for a least 1 hour before serving it.

About the Three Village Inn

The 3VI is a very old inn opened since the late 1,600. We have 21 bedrooms and suites, 2 dinning rooms, and a large catering facility.
Over the years I have dedicated myself on using exclusively American produced food (mostly from farms) except for truffles. We welcome people eating at the bar and created many small dishes to satisfy the demand. Tasting menu is also available and can be paired with an extensive wine list.