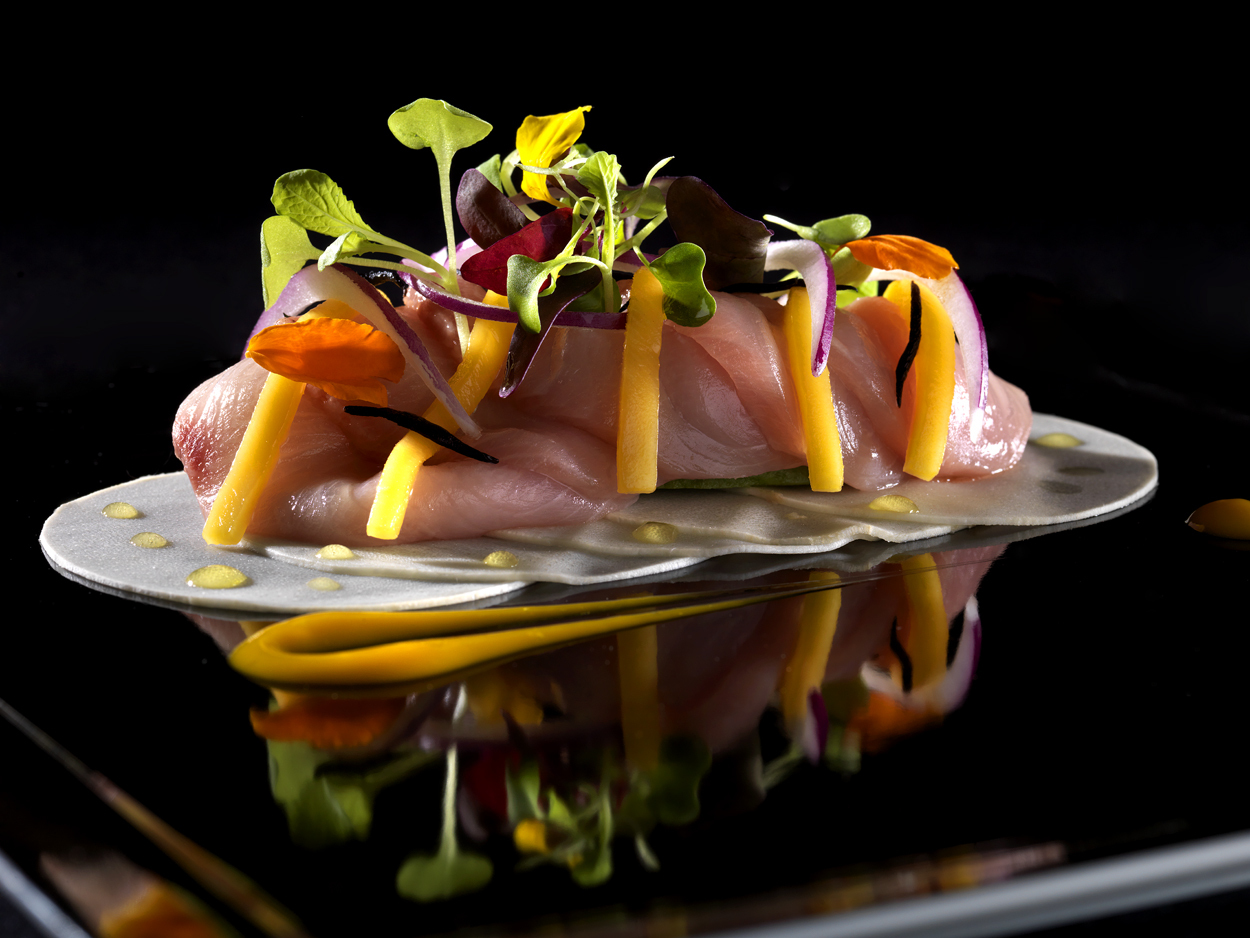 Executive Chef, David David Werly, brings his wealth of knowledge and international perspective while leading the talented food and beverage team at Mandarin Oriental, Las Vegas. With a rigorous educational background at École hôtelière de Strasbourg and an impressive career history spread across three continents; Chef Werly provides a fountain of inspiration and wisdom in the culinary department.

Born in Colmar and raised in the northeast part of France, Chef Werly began his culinary journey early as a child. He found so much magic in the process of creating desserts for his family that it eventually led him to begin his professional career as a chef. After his four years of specialized schooling, Chef Werly went off to Paris and spent his first year working at the Relais & Châteaux 3 Star Michelin restaurant Le Pré-Catelan from Gaston Lenôtre. Following this, Werly became a private chef for the Minister of Industry before working at the legendary Ritz Hotel. Werly’s other culinary accomplishments include working at Alain Ducasse at Montes, and The Square Restaurant which was the deciding factor in furthering his career.

Some of Chef Werly’s most prolific points of his career include opening Le Cirque in Mexico, re-opening the new Le Cirque in New York, and earning his Michelin star and Five-Diamond AAA during his time at Le Cirque at Bellagio Hotel in Las Vegas. He became the Executive Chef in charge of Food and Beverage at the esteemed Setai Hotel in Miami where he was there given global recognition when his restaurant was named one of the Top Ten Hotel Restaurants of the World by Hotels magazine in 2011.

Since the beginning of his role at Mandarin Oriental, Las Vegas, Chef David Werly has imparted a sense of creativity, originality, and sincerity in his approach to fine dining. He continues his quest for inspiration with new challenges that will add a creative touch to his dishes but stays true to what he knows matter most, the refined details. A meal by Chef Werly is not one to be easily forgotten as his dishes are created with a passion for food and a love for his industry.

We asked Chef Werly what set him off on his culinary destiny, he said “I decided to become a cook during my childhood. I began my culinary journey making an apple tart for the family. I use to make a dough, lay it down in a mold, add some apple and make a flan. While I watched the baking, the perfume of the tart cooking would fill the air with exquisite scents and the raw preparation would start to raise and get a golden crust, it was MAGIC!”

Of his Ventrèche de Thon Blanc (White Tuna Belly Recipe), Werly says “This recipe accurately reflects my work in the Kitchen of the past five years. I have tried to use more fruits and products that are kept raw not really transformed, unless absolutely necessary.
I want to create dishes that are more health conscious, exploring new flavor combinations while being eye pleasing.”

Thinly slice the heart of palm with a Mandolin and marinate with the Mirin, wice vinegar, and sake overnight.

Thinly slice the Hamachi, and marinate with Yuzu juice, olive oil and season with sea salt.

Blanch the seaweed in water without salt.

In a square plate (Preferably Black) arrange 5 slices of Fresh hearts of palm, place the quartered Avocado on top and season with the Maldon salt. lay the Slices of Hamachi on top of the Avocado and arrange the mango and red onion on top. Dust on top of the preparation the seaweed and finish with the mache.

About the Mandarin Oriental Las Vegas

You can start your evening at The Bar and get set for a glittering night with cool cocktails. Our hotel Mixologist and team hand craft fresh original cocktails with a local and Asian twist according to the flavor and sensation of your preference. Executive Chef David Werly’s innovative dishes compliment perfectly for a pre-show meal or light fare during cocktail hour. With a chic décor incorporating dark wood floors, jewel-toned armchairs and high-backed bar stools, the bar exudes contemporary style.

MOzen Bistro Restaurants enjoys a relaxed ambience where guests travel thru a culinary tour through Asia with a wide variety of delicious dishes served alongside a selection of American classics.

Our acclaimed signature restaurant, Twist by Pierre Gagnaire, is the only venue in the US where you can experience the extraordinary cuisine of Chef Pierre Gagnaire. Chef Gagnaire has garnered three Michelin stars for his eponymous restaurant in Paris,
and Twist received the coveted Forbes Five Star award for 2014.